On May 7th 2022 the project partners within the project Creative Waves: Baltic Sisterhood for Change invited artists and experts involved in the project to the first joint meeting at Zoom.

Until now, creative women, during the workshops, have met with a local partner. In May, we wanted to see them all and, in an informal atmosphere, share our experiences, impressions and conclusions from the project activities so far. We encouraged our participants to consider whether the Creative Waves project:

This webinar and meeting was the first joint meeting of the creative women participants and as Polish was either their mother tongue or was known to them the event was held in Polish.

Iwona Preis – Intercult Productions
leader of the project – made the introduction to the project and the webinar. She presented the main goals and objectives of the Creative Waves project and suggested issues that should be addressed during the webinar, such as:

Some of the key issues from the activities held in Sweden:

In Pomorskie two traditional ethnic areas and their artistic creations are most popular: Kashuby and Kociewie. The third one –  Powiśle, with its white embroidery traditions is not well known, yet. That is why the BSCC involved creative women from this area. As the result of the project creative women from Kwidzyn ( Powiśle):

Some of the key issues from the Pomorskie  part of the project:

The women with background in sociology, city activism, environment protection and education, gender equality, botanic, culture management and modern art have been involved in the activities.

The following workshops and activities have been organized within the project:

Some of the main conclusions:

In this project the proposal is to work with noninstitutionalised heritage. Pay attention to links with a given locality through natural materials/resources such as clay, plants, technologies of being in touch with nature (e.g. in gastronomy) or with environment/landscape (creating, preserving environment/landscape).

The potential of digital tools is very big. The participants of Pomorskie emphasised how the project was an eye-opener for them in this respect and how determined they are to use them from now on in their activities.

After the presentations free discussion followed:

The webinar was prepared by Krystyna Wróblewska – Euroregion Baltic 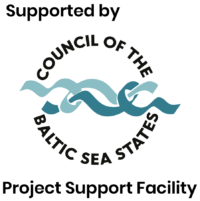