Intercult was founded in 1996 by Chris Torch who has worked both as an actor and theatre director. The organisation has produced many cultural projects in various shapes and sizes. In 1998 Intercult contributed to the European Capital of Culture in Stockholm with the project Landscape X. In the project performers from the X-countries, or the formerly Yugoslavian countries, were presented to the Swedish public. During the years 2004-2010 Intercult lead a series of projects under the title SEAS. SEAS connected cultural operators in harbor cities around Europe. In 2008 Intercult established ERC, European Resource center for Culture and in 2009 Intercult started Europe Direct Intercult, a part of a network of Europe Direct Offices for information about the EU and Europe. Intercult is one of 17 Europe Direct Offices in Sweden. See a list of our previous projects here. 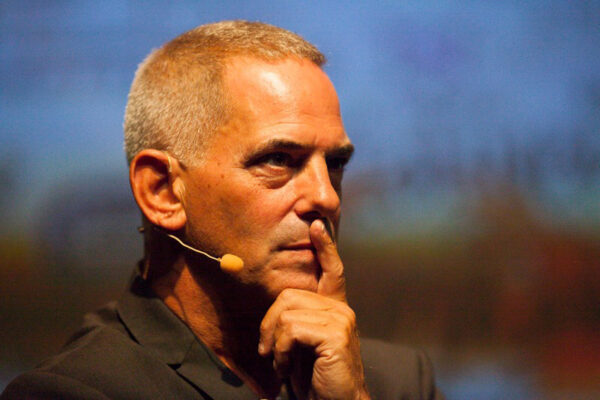 1993 SARAJEVO – tales of a city
Our first transnational co-production, framed by the siege of Sarajevo, written by Goran Stefanovski, with a multi-ethnic ensemble from ex-Yugoslavia, Belgium, Sweden and Spain. On Tour: Belgium, UK, Sweden, Denmark, Germany

1993 & 1994 Re:ORIENT Festival
The first two festivals were initiated by Intercult, supported by Riksteatern and SIDA. After that, Ozan Sunar and his colleagues developed and fine-tuned the concept, making it their own and one of Sweden’s most important intercultural units.

1996 BACCHANALIA
a multilingual co-production with Theatre of Nationalities/Skopje On Tour: Macedonia, Sweden, Germany

1996 Re:MAP EUROPE (co-produced with Copenhagen ’96)
a series of co-productions and guest performances on the theme of migration Denmark, Sweden

1997-1998 LANDSCAPE X (co-produced with Stockholm ‘98)
A three-part series of events and co-productions throughout the year, with EURALIEN at the former National Archives building, written by Groan Stefanovski, production design Sören Brunes.

2003 CLANDESTINO
A co-production with Teater Tribunalen, written and directed by Mia Törnqvist, with an ensemble including among others Lotta Tejle and Jakob Tham. Performed only in Stockholm.

2003 TRANS//FUSION
A series of lectures, workshops and performance with the high point The House of Bernarda Alba, by Garcia Lorca, driected by Roberto Ciulli (Theater an der Ruhr) with an ensemble of Iran’s finest actresses.

2004-2005 ALICE
A co-production with the Beograd theatre Atelier 212, written by Bilijana Srbljanovic, directed by Aleksandar Popovski. In Serbian, English and Swedish, with Etienne Glaser and Åsa Simma.

2007-2008 NYA PJÄSER, NYA VÄRLDAR
A festival and a competetition for new plays by new Swedes on migration themes.

2008 HOME NOT HOME
The European Year of Intercultural Dialogue co-commissioned a major Flagship in each Member State. This was Sweden’s contribution, Intercult designed, partnering with Riksteatern, Riksutställningar and Re:Orient.

2009-2010 GLORIOUS DEATH
A co-production both for SEAS and as a touring production, written by Mia Törnqvist, conceived and directed by Dritero Kasapi, starring countertenor Nuri Harun Ates.

2011-2013 CULTURE FOR WATERFRONTS
Culture For Waterfronts inspired the use of culture in the development of urban waterfronts, by developing and sharing knowledge. It was a learning partnership to facilitate a cross-sectorial exchange on best practices and expertise. With RIVER//CITIES Platform.

2012 ACCESS EUROPA – ongoing
A network of swedish cultural institutions, organizations and public authorities who share information about pertnershipping, financing and connecting to the EU programs.

2014-2015 RIVERS OF OPPORTUNITIES
This Learning Partnership brought together 10 European organisations to share knowledge on practising culture in public places as a way of engaging audiences in new environments, specifically on urban waterfronts/ river banks across Europe. With R//C Platform.