EU: An overview of measures taken to support the cultural sector during the pandemic 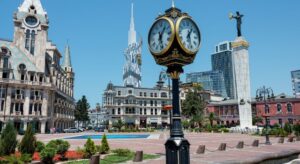 Arts council England has created an Emergency Relief Package (£160 million) for the support of artists and creative & cultural organisations. £20 million (EUR 22.4 million) are to be set aside for individual artists, freelancers and cultural practitioners within the cultural & creative sector. Arts council England has also recently made available two emergency funds specifically aimed at supporting individual artists as well as independent cultural organisations. Another planned fund of about £90 million, designed to support Arts councils regularly funded clients, will soon be announced.

Furthermore, a new financial support fund (COVID-19 Film and TV Emergency Relief Fund) has been established by BFC (British Film Commission) and the Film and TV Charity with the help of Netflix, who donated £1 million to the cause. This fund is intended for emergency short-term relief to people working within the cultural sector. The UK government is working with both BFC and BFI (British Film Institute) in an effort to ensure the survival of culture and arts organisations.

Arts council is also supporting the new BBC project ‘Culture in Quarantine’ project. The goal is to offer a variety of arts and cultural activities to people during lockdown. Different shows, plays and exhibitions are now being made available online for free.

Italy was one of the first European countries to be hit by the outbreak of covid-19. The complete lockdown that followed has had grave consequences on the Italian cultural & creative sectors. In order to mitigate the effects of the pandemic the Legislative Decree ‘Cura Italia’ was launched on March 16th. As part of this decree, a number of measures to support the Italian arts and culture have been announced.

An emergency fund of EUR 130 million has been set up for the support of the cultural sector. The new fund is part of the Performing Arts, Cinema and Audio visual National Fund, and is intended to offer financial support to workers and organisations within these cultural & creative fields. Moreover, an additional grant of EUR 600 was distributed to seasonal workers and freelancers working in the performing arts, cultural sector and tourism, during the month of March. The size of these monthly grants is to be adjusted according to the state of the crisis. Cultural organisations are also offered financial aid by a special wage compensation fund. Tickets to cancelled or postponed cultural events can now be exchanged for vouchers; this initiative is an attempt to mitigate the loss of revenue.

A total of EUR 50 billion has been set aside for the support of small businesses and freelancers, such as individual artists. Applicants must turn to the Bundesländer (federal states) to apply for financial grants. Approved organisations/individuals are eligible for the grant for up to three months (from EUR 9000 – 15 000). Each Bundesland is responsible for developing its own measures, however a number of general measures have also been adopted. The general measures include both direct and indirect financial benefits. Grants, loans and liquidity aid are part of the programme for general measures but tax relief measures have also been adopted. Short time work allowance programmes have been adjusted to include smaller companies as well; from the fourth month onward, short time work employees are eligible for 60% of their net wages.

Further protection mechanisms have been developed to protect cultural organisations that cannot pay rent due to loss of revenue. Cultural organisations will have until September to pay rent for studios, rehearsal rooms etc.; landlords are not allowed to terminate the rental agreements before then. As for cancelled or postponed cultural projects and events funded by the Commissioner for Culture and Media, an extensive waiver of claims has been announced.

EUNIC (EU National Institutes for Culture): How is the European cultural sector responding to the current corona crisis?

Compendium – Cultural Policies and Trends: The Compendium in times of covid-19