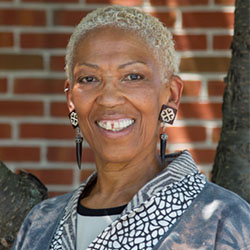 Director Shirley Basfield Dunlap and actors of New Nordic voices and their production “For colored girls who have considered suicide/when the rainbow is enuf” had a workshop about different theatre- and storytelling techniques st Folkets hus in Bagarmossen in Stockholm on September 5th. The aim was for the attendants to practice in sharing their own stories. The cast organised the workshop as well as two performances as a part of Stockholm Fringe Festival.

The workshop centered around the concept of Choreopoems; a mix between artistic expressions such as dancing, singing and poetry. “For colored girls” is like a mixture between different poems and experiences all linked together with one another. When the participants were given the opportunity to ask questions to the director, one of them asked if the different events portrayed in the play were true or fictional. “They may not be our stories but they are stories of our sister” she answered.

The workshop was a part of New Nordic Voices, an Nordic initiative between Denmark, Finland and Sweden. The project aims to present important subjects about how norms in the society affect women with afro-nordic background, and seeks to build collaborations with different artists. The method is to create shows with nordic actors and artistic leaders with different ethnic backgrounds.