S.O.S. Climate Waterfront is an interdisciplinary project consisting of 10 parts, from Portugal, Turkey, the Netherlands, Greece, Poland and Sweden. The project aims at finding strategies and methods to create sustainable infrastructure and urban planning in urban waterfronts in Europe. Intercult is representing the cultural perspective of the project. During September, Intercult had a month’s visit from Anna Ragasová and Mohammed Boubezari, who have been working with the communication of the project, which included a webpage and a communication report within the framework of the project. Anna and Mohammed were in Stockholm during a so called secondment, a working month and mobility in a partner country. Intercult previously participated in two secondments in Lisbon in March and in Gdansk in June. The project is financed with support from the Horizon 2020 Marie Sklodowska-Actions (RISE). The next stop will be Thessaloniki the 14-25 October. The month in Thessaloniki has been open for registration, and in addition to participants from other partner countries, students in architecture, urban development, environment and climate and culture will take part. Read more about the project S.O.S. Climate Waterfront on the projects’ webpage.

Mohammed earned his PhD. in architecture, University of Nantes, architectural and urban ambiances option. He worked as a project Coordinator at Parque EXPO where he managed the study of the Algiers PDAU (Urban Planning Project and Strategy) from 2013 to 2017, with a vision for 20 years 2015-2035. He worked as a Project Manager for the preparation of the Rehabilitation Operations of the Medina of Meknes in Morocco for the B.E.I. He collaborated on several researches, notably on mediated sociability at the beginning of Internet practices. He worked on sound comfort in the inhabited milieu whose thesis is published. Has filed a patent from which he spent several years developing a predictive method of representing the soundscape. He is an international consultant in soundscape, and was consultant to the Wilaya of Algiers and CNERU on the question of the Plan of Algiers from 2017 to early 2019. 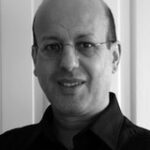 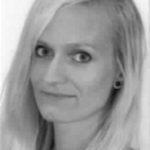 Anna Ragasova, PhD student of Communication Science at Lusófona University in Lisbon and web journalist in JOJ television in Slovakia

Anna was always interested in Media and Communication. She started to work for the local newspaper during her high-school studies, what was the reason why she studied media communication and worked on the project of the media content and it’s influence on young people. After her studies she was working in different communication fields including PR and marketing section and she created communication strategies for different companies in her home country but also abroad. Nowadays, she is working in the biggest Slovak television and at the same time she attempts to gain her PhD in Communication.