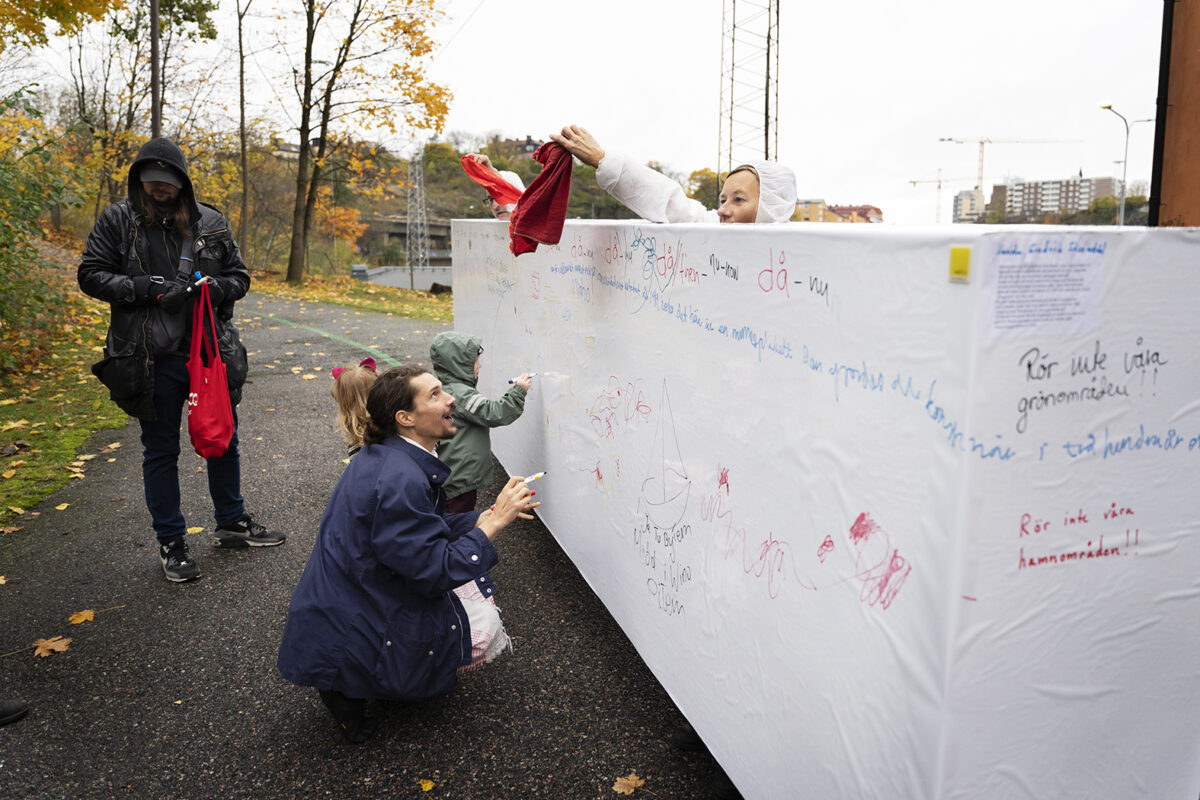 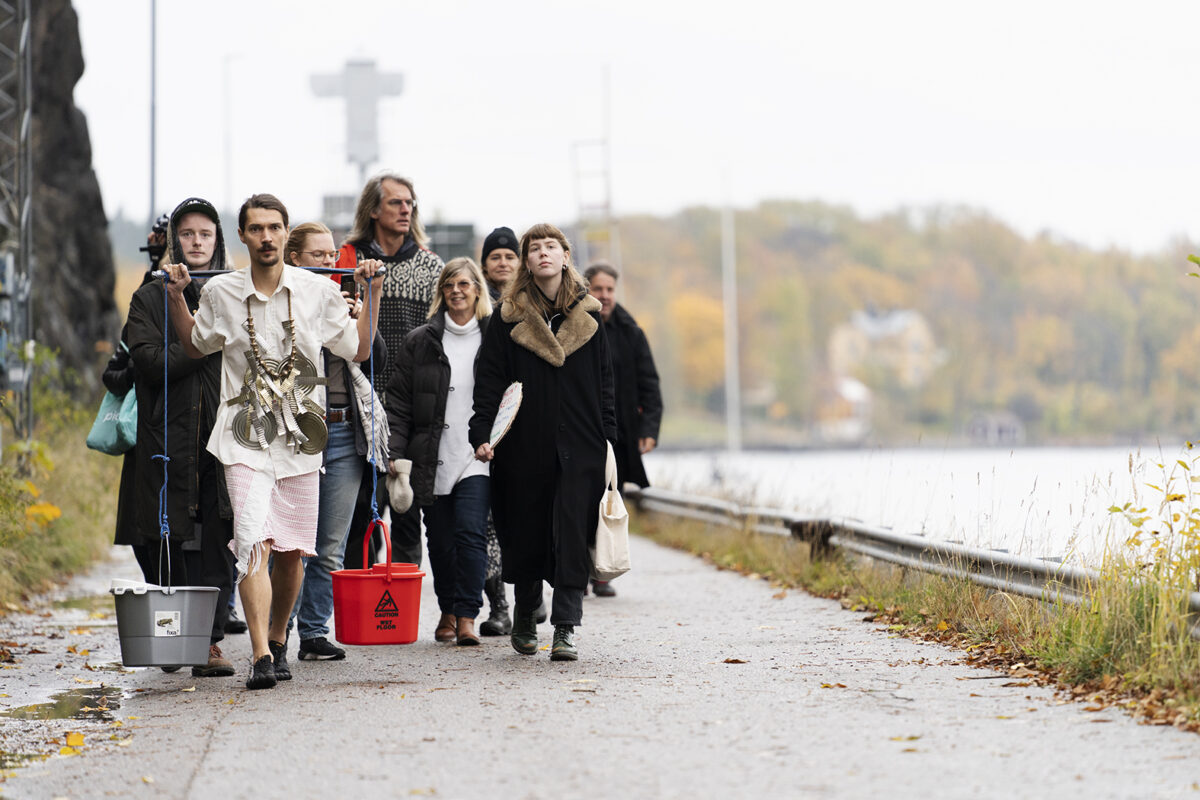 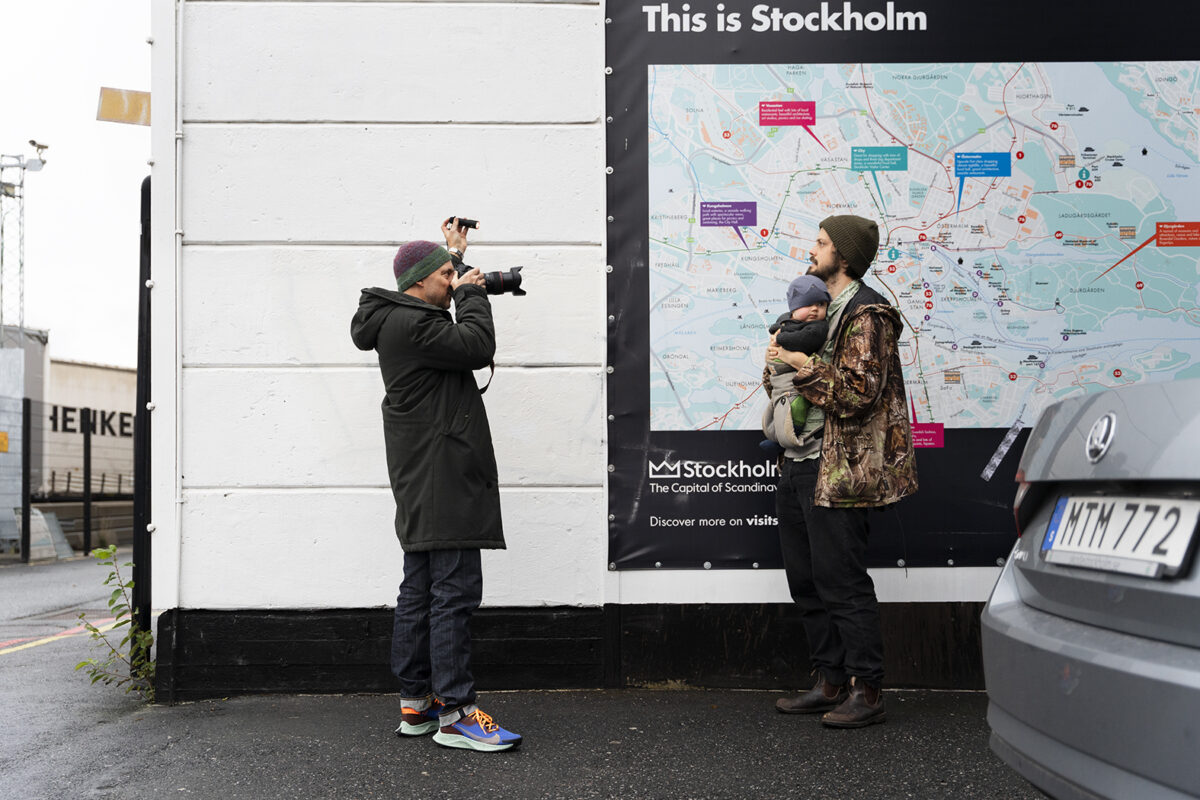 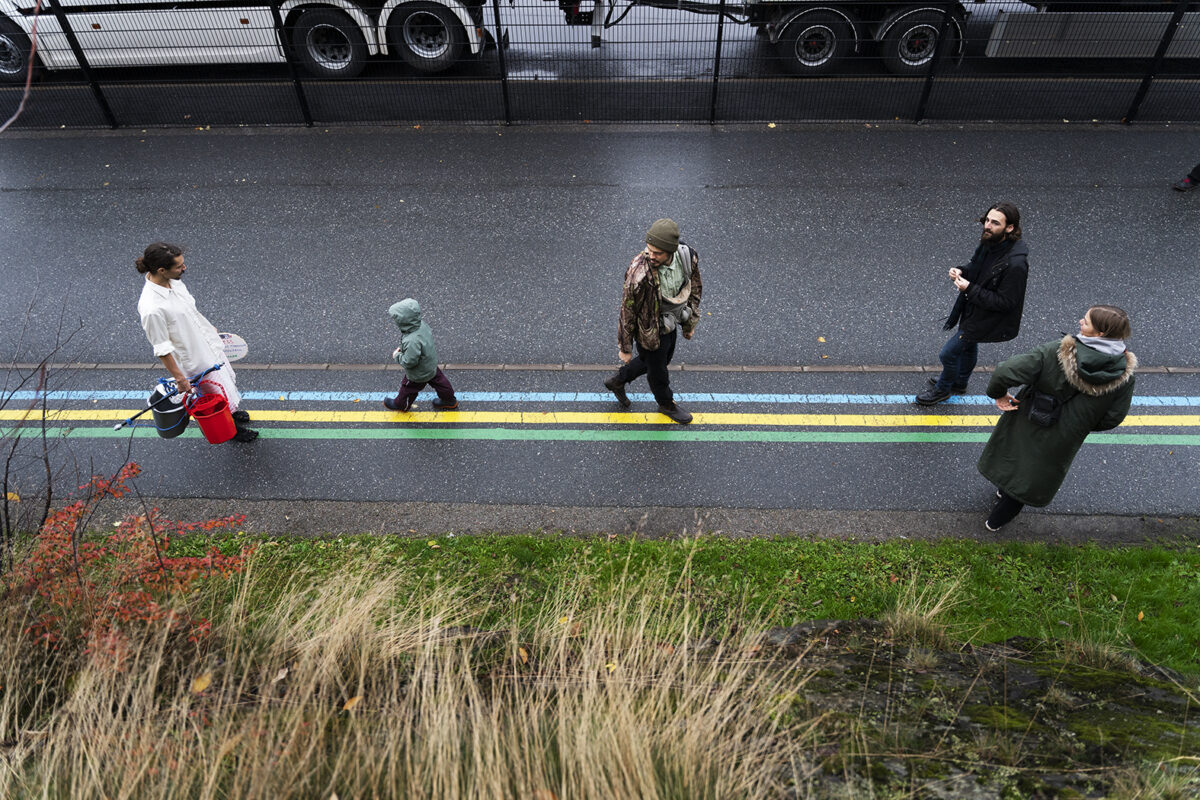 In Stockholm, five artists were researching the post industrial cultural heritage on waterfronts between Norra Hammarby, Tegelvikshamnen and Stadsgården which are undergoing a transformation process. By doing silent walks, raising questions and traveling back in history, they explored these areas from an artistic point of view developing individual creative projects. The results were presented on the 25 October at the event TIDSFLANÖRERNA (time strollers) on multiple nearby sites of the Fåfängan area and included walking acts, sound, photography and film.

Curators SIMKA about the artistic projects in Stockholm and research process- 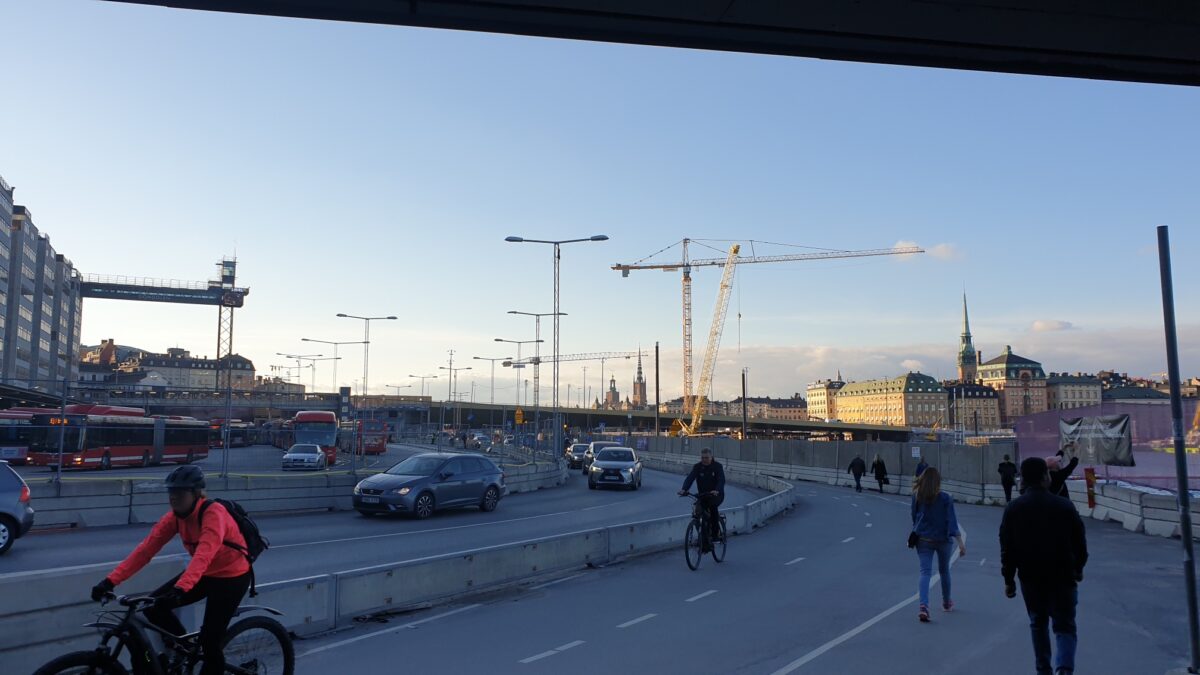 The program included that the Batumi group would come to work with the same theme here in Stockholm during the autumn. Which did not happen due to Corona. Based on the current situation, we have restructured the project with methods that were possible for us. We have had several zoom meetings with our artist group and their artists in Batumi and will follow their work there. Now we in Stockholm have investigated, explored and carried out an art project with and for audiences who have participated and opened their eyes and investigated with us on site at Fåfängan and Tegelviken. By the water / harbor in an old brickworks area, tar hoof and boatyard – now an industrial area with the traveling memory of something and the house that carries a history from the 18th century and the park at Fåfängan. 4 projects have been carried out based on the hike as a method and which reflects thoughts and by clarifying the history and transformation of places. This has become a Corona project and we are happy to have been able to implement this with collective post-industrial eyes in Walks and with various works of art and performances that interacted with the place and with the audience.

How to see and be able to pay attention to the historical heritage with an artistic eye and method, which easily falls into oblivion. As an artist, to provide alternative angles that can describe historical events with other nuances than common descriptions from historians, museums and other groups.

Based on hiking, we in Simka have investigated Södermalm’s south and northeast harbor area, where old industries Cultural heritage are changing and creating new areas under development. We in the group of 5 artists started with quiet walks. A method of discovering and seeing with greater attention than we are used to. Walking in silence is one thing, but doing it in a group and based on a theme will be different.

The group settled in the area from Danvikstull, around Fåfängan and Tegelvikshamnen where we immersed ourselves in history and contemporary activities. The Viking terminal with large areas for freight traffic and combined with travelers and cruise ships that represent a modern entertainment industry. Giant ships that make the surroundings shrink in scale and are like huge buildings with glamor on offer.

The water as a memory gets a new challenge here. What has been and those that are going on are set in sharp contrast to each other. 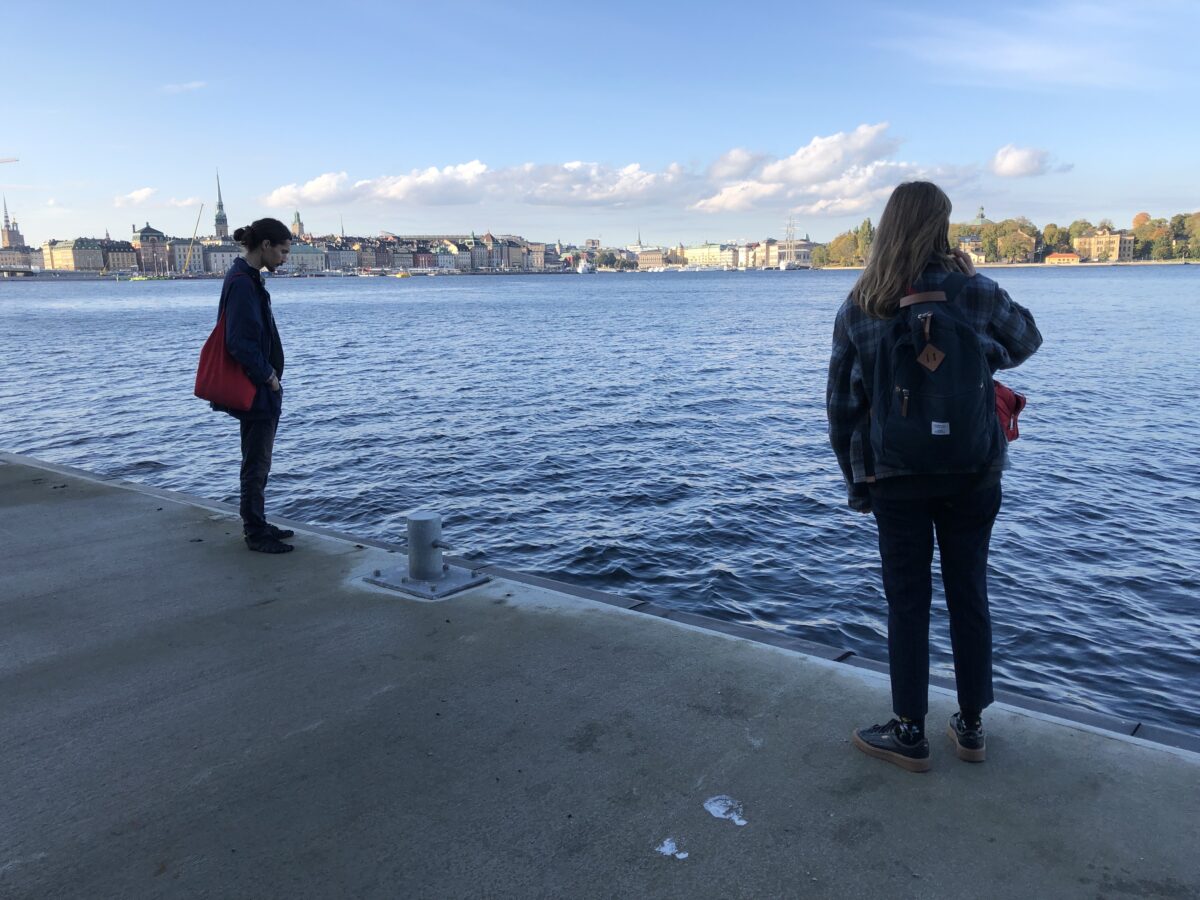 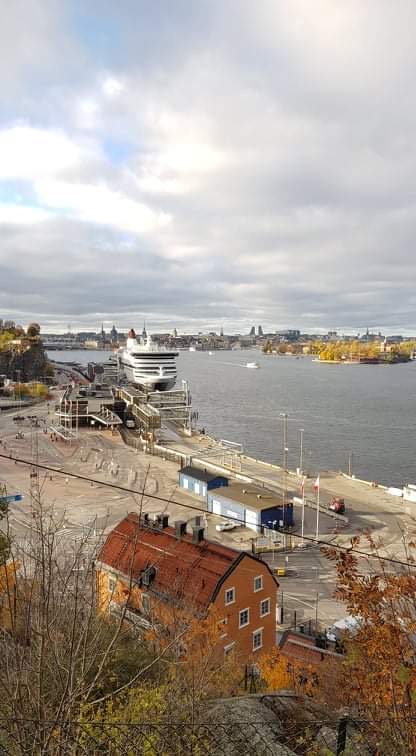 At Fåfänga’s foot, we discovered an 18th century house with its beautiful columns sandwiched against the fence to the port industrial environment. We contacted the company that rents the house from the port of Stockholm to understand the house’s function in the area. Scandinavian Wallrite AB, turned out to be a company that develops materials and methods for human communication via whiteboard in various designs. Primarily analogous to drawing – writing on white surfaces. White surfaces on different surfaces or magnetic wallpaper to attach notes etc. to communicate in different meeting needs between people and groups. 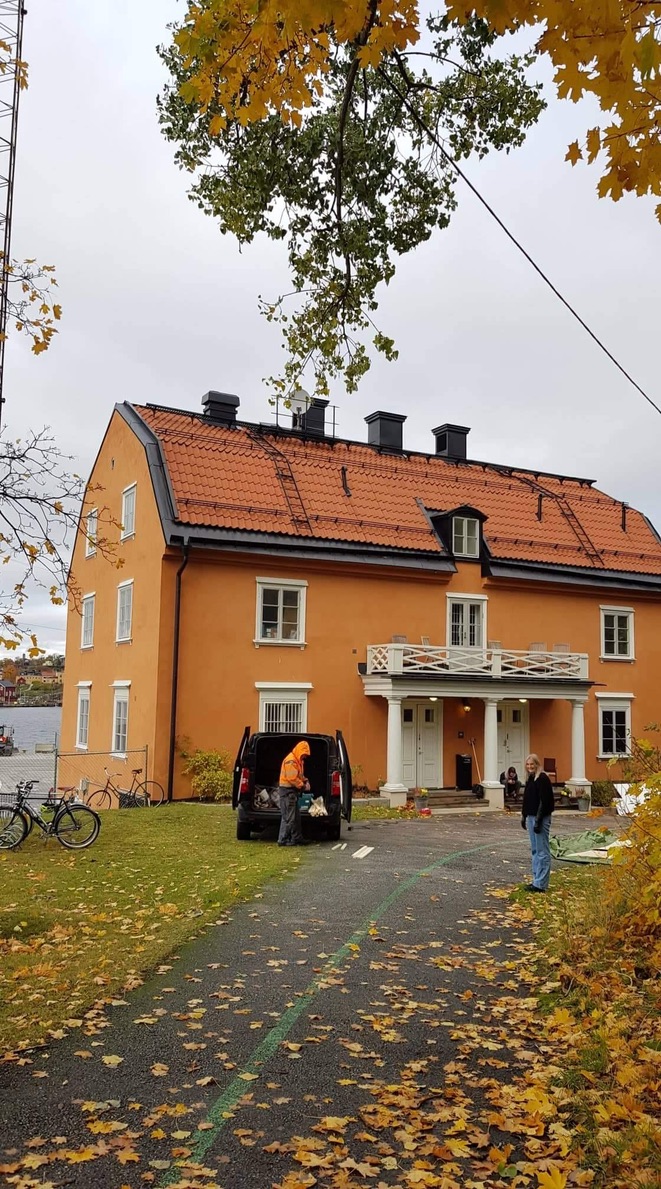 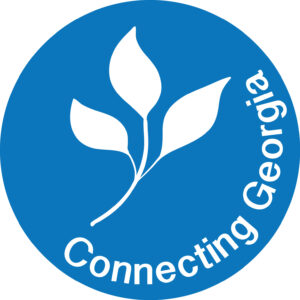