Connecting Georgia (2019-2020) is an artistic project that aims at developing and discussing tools that can be helpful to tackle the challenges for sites with post-industrial cultural heritage. The project connects the city of Batumi with other european cities engaged in the Memory of Water Creative Europe EU project.

From the last decade some major challenges can be highlighted faced by the city regarding cultural heritage preservation. Unfortunately, urban heritage management system of Batumi clearly falls short of international principles and guidelines. The authorities fail to reach a balance between the preservation of the city and the interests of developers. Accordingly, the unique cultural heritage of Batumi faces a real threat of damage and destruction. Chaotic construction processes and violation of the areas of historic importance has become one of the hottest and most-discussed issues in Batumi, in last several years. Well-known Batumi Boulevard, as well as the territory of Old Batumi and even the coastline of Batumi are in the center of attention of civil activists. As they (as well as experts) declare, the construction plans in the coastline is alarming as it will create a stone wall between the sea and the city.  Also, construction processes in the historic part should be planned very cautiously and should be permitted as a result of public discussions.

Take part of some challenges faced by the city of Batumi regarding cultural heritage preservation:

Café Fantasy the Octopus
Café Fantasy was a coffeehouse situated in the seaside city of Batumi on Georgia’s Black Sea coast. The outer layer of the cafe was adorned with shapes and mosaic illustrations of sea animals and seaside scenes, featuring a uniquely colorful palette in the era of functional and monochrome Soviet architectural style.The mosaics and themes of Fantasy Café bear a close resemblance to Antoni Guadis mosaics in Park Güell, Barcelona, especially his famous multi-coloured mosaic salamander, “el drac”. Café became a popular meeting point for both Batumi residents and visitors. In 2000 the cafe was shut down and abandoned, which resulted in damage to the building’s structure and deterioration of its surrounding area. In 2014, the construction works by the nearby Hilton Batumi Hotel to redeveloped the area around the former cafe raised fears among locals that the unique building could be demolished to make space for other purposes (some pool or other entertaining facility). The local activists launched an online petition to safeguard the Soviet-era building, while a group of citizen activists protested against its possible destruction by wrapping the building in tape and leaving their fingerprints under the slogan “I Defend the Octopus”. Due to active work of city activists, city community and negotiations with private investor (Hilton), city council etc. finally was achieved agreement about renovation of Café Fantasy and preserve it as café.

Batumi Boulevard
Batumis seaside boulevard is one of the city’s most notable sights.It is located in the historical part of the city, running along a wide coastline between the beach and the buildings.The role of the boulevard in the public life of Batumis people is important. The history of the boulevard is a part of the history of Batumi, its civic life and traditions.Regardless to the fact that the boulevard has been a monument of national importance (preserved by a low), there was several negative interventions – In 2009, restricted areas (i.e. elite resting places), such as the swimming pool of the Hotel Sheraton, appeared on some parts of Batumi Boulevard. In 2011, the cutting down of perennial plants and the beginning of construction of a business center on the central part of Batumi Boulevard caused public outrage. Rallies began, a petition was created, and signatures were collected demanding an immediate halt to the construction. Unfortunately, the business center was built anyway, later it was sold out and currently it is transformed in “Le Meridien Hotel”. Despite the fact that the boulevard campaign that began in 2011 failed and the planned business center was built, it actualized problems on the boulevard. This made it easier to mobilize people when a new problem arose.

“Protect the Old Boulevard” (2016)
This was a campaign in 2016 that may be considered as one of the most successful and popular civic campaigns to preserve urban heritage in Georgia. The goal of campaign was – to maintain the three historically formed alleys along Batumi Boulevard. The problem was created by the new concept project (commissioned by LEPL Batumi Boulevard), according to which, the boulevard’s layout was to be changed, with its three alleys reduced to two creating space for cafes and restaurants. The project caused protests from local residents, who realized that the concept posed a threat to Batumi Boulevard as a cultural heritage monument and to its recreational function. It is noteworthy that several independent groups got involved in the process as soon as the problem arose. The initiative group managed to design an effective campaign to disseminate information, involve more people in the process, take legal action, coordinate with policymakers, and formulate specific demands. From this stage on, the campaign became uniform and consistent, which ensured its success. One of the major factor in success was viral photo campaign on social media which involved whole Georgia and people outside it. Finally – local government backed off and the Boulevard’s Three Alleys were preserved.  “Protect the Old Boulevard campaign” is a clear example that persistence in advocacy campaigns often guarantees success.

“Batumi Riviera”
Batumi Riviera is one of the current challenges in Batumi city. This area is a space on seaside in old part of Batumi, which is currently maintained as a free space (with potential of becoming public space with park, cultural space etc.). Also small beach area was in this part was (and is) one of the beloved places for locals. Currently there is a big challenge related to the further development of this area, where private Georgian investment holding Silk Road Group has planned a $250 million multi-functional complex which includes high-rise residential buildings. The Batumi Riviera project has been supported by the Georgian Co-Investment Fund. The Riviera Project’s planned skyscrapers would ruin Old Batumis seaside, block the sea view, and even can have bad impact on the city’s tourism industry. Due to high commercial interest and local (and central) government support to the given business project, it is hard to preserve the area, although activists continue the fight. 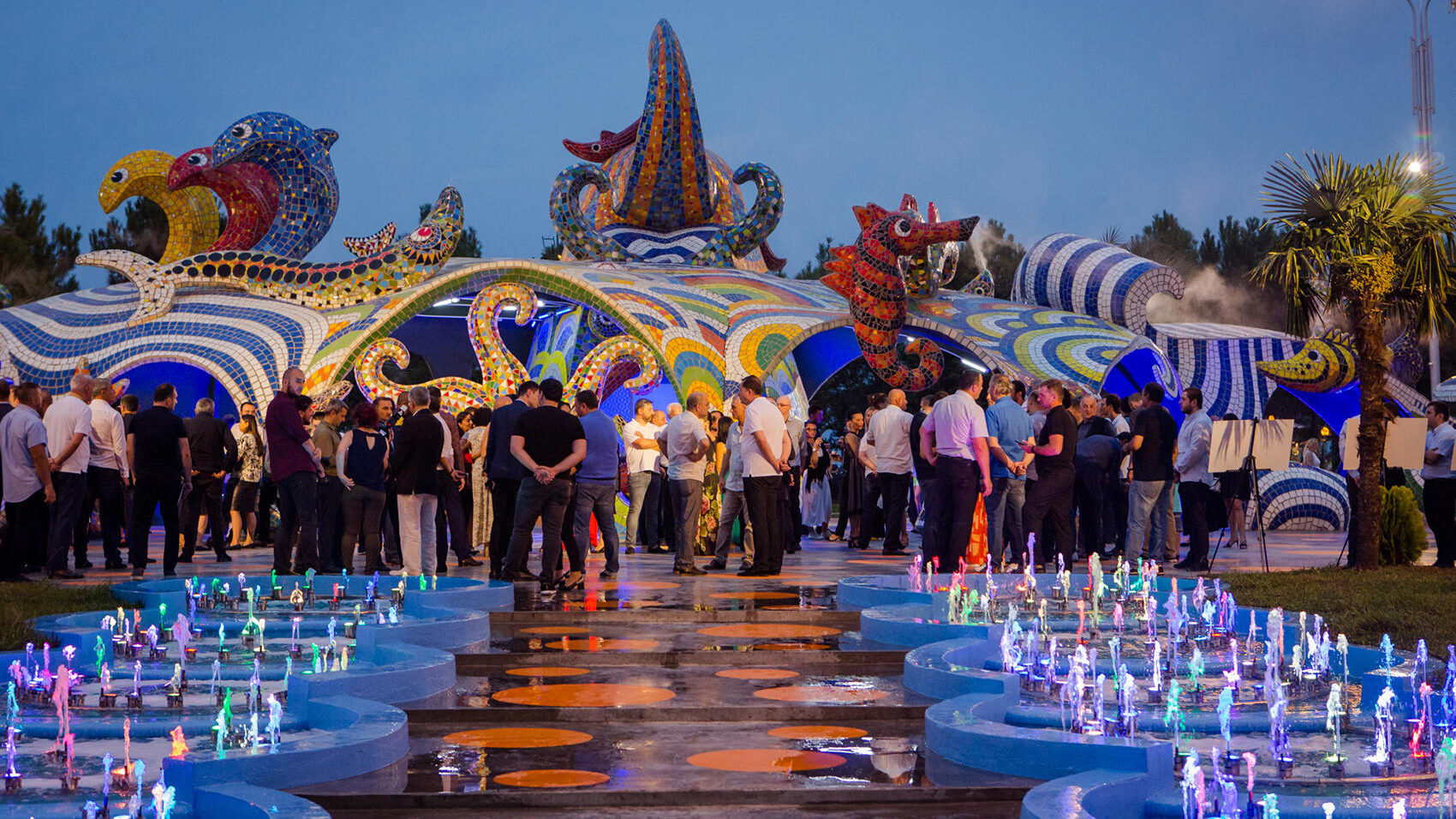 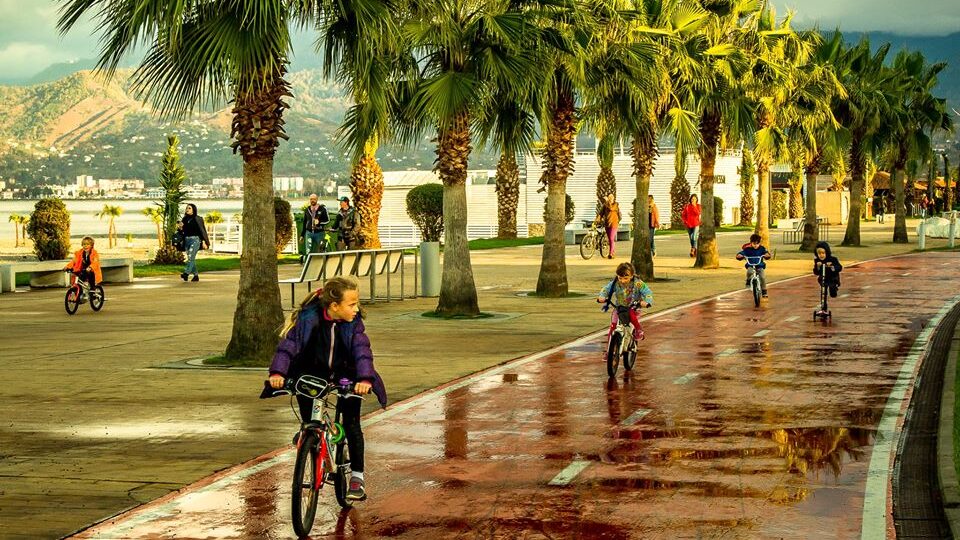 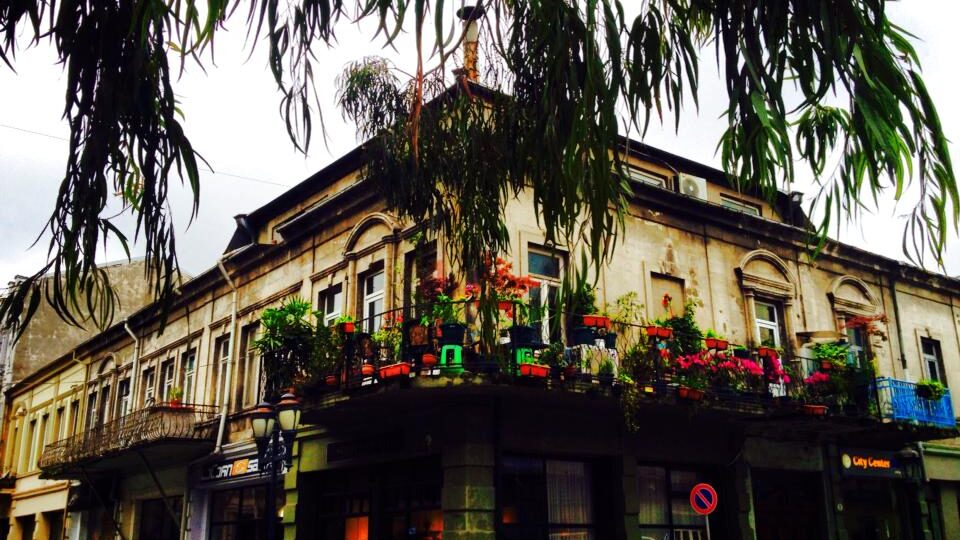 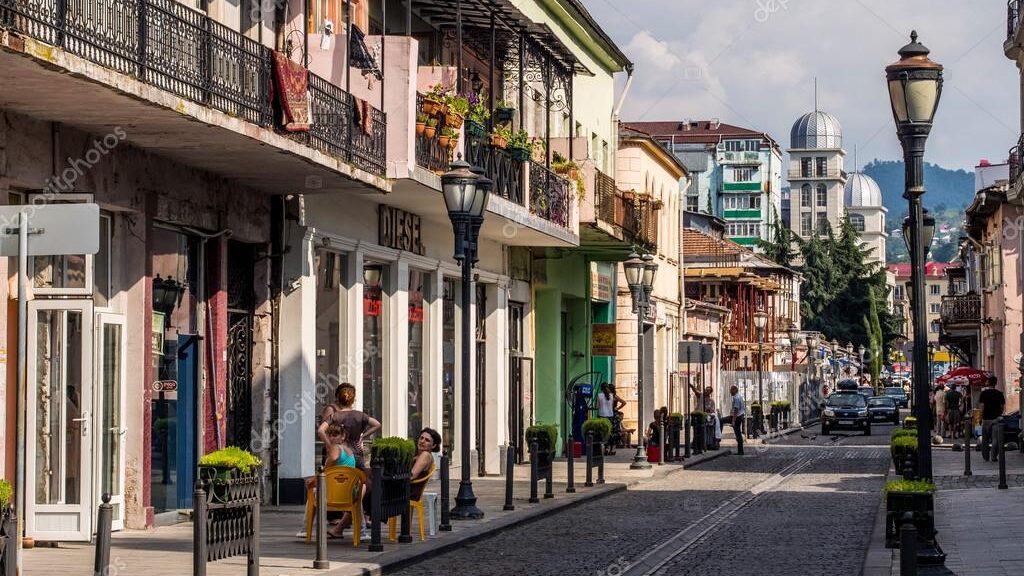 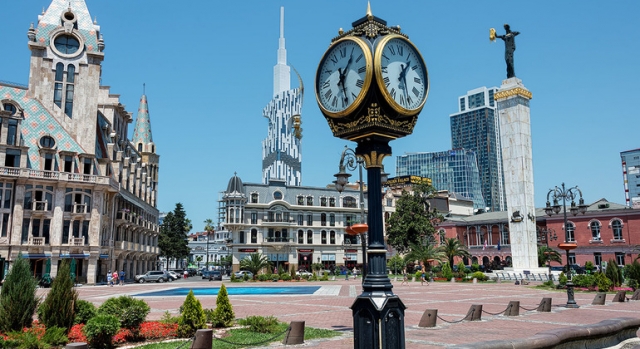 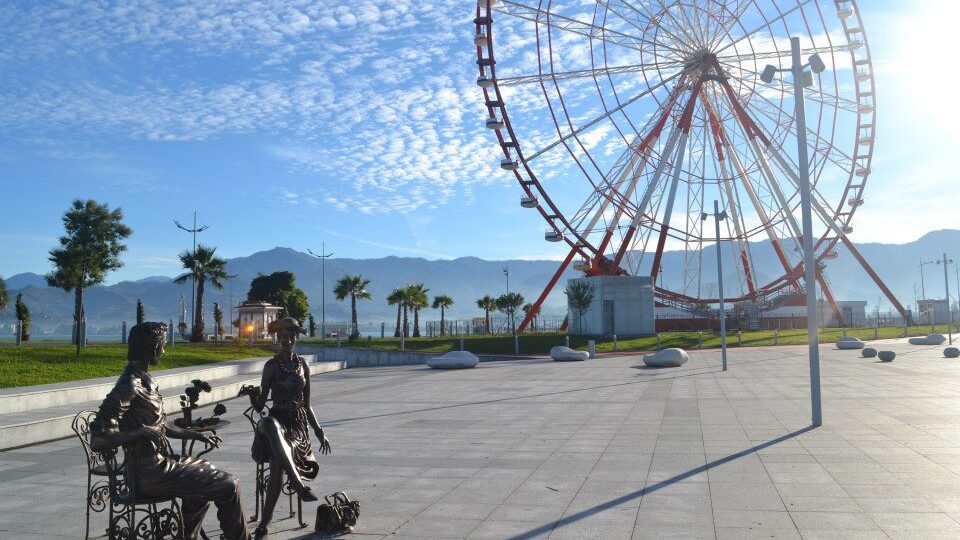